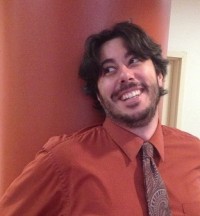 As a performer, he has appeared in various audio dramas–playing Majmin in season 2 of Radiation World, guest starring in The Infinite Now halloween special “The Martian Thirst Trap,” as well as appearing in the episode “Whiskey Barrels,” among other background and cameo appearances.

Alexander’s fiction has appeared in various magazines, as well as in the anthologies Machine of Death and The Girl at the End of the World. He is co-author of two textbooks on comics history and craft. He teaches courses on writing, podcasting, and self-publishing at The New Hampshire Institute for Art and Emerson College. His writing can be found at TwentySevenLetters.com.

Listen to us on:

Greater Boston is a production of ThirdSight Media LLC